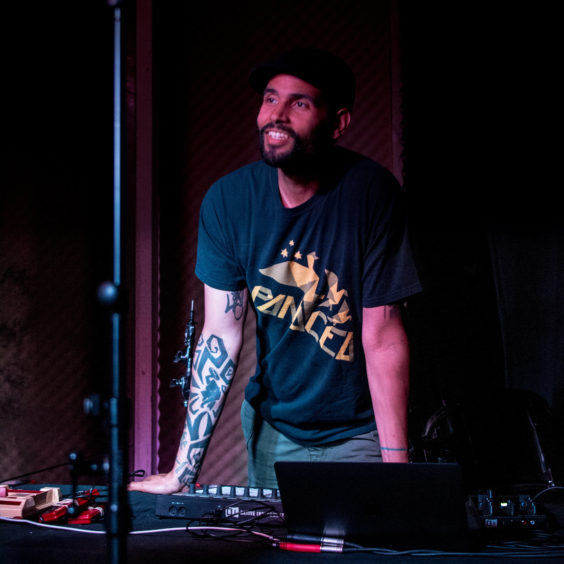 “SP-202” (Sound ProPhiles of The Nation’s Capital) is a show where audio creative Kyle Murdock interviews fellow passionate professionals whose roots are here in the DMV and who, like Murdock, work in the wonderful world of sound! Be it emcees, singers, djs, engineers, educators & all roles in between, Murdock and his guests explore their sonic journeys and discuss contributions to the area’s music scene, as well as share in-depth info about their creative processes!

Born in Washington, DC and raised during the golden era of hip-hop, K(yle) Murdock’s affinity for music was a result of growing up idolizing his late uncle, the legendary Melvin Lindsey, who was a popular local radio host/philanthropist credited with creating the “Quiet Storm” format; however, his interest in hip-hop music & culture was weaned by his older cousins. One crew in particular, The Native Tongues, changed his life when he stumbled upon the cassettes of two of the collective’s landmark groups (A Tribe Called Quest & De La Soul) back in the early ‘90s. The biggest thing K learned from the likes of those artists is consequently one of the biggest ideals he continually strives to get across in his own music: individuality!

Best known for being one half of the progressive hip-hop tandem Panacea, K, along with the group’s emcee, Raw Poetic, were signed to legendary underground hip-hop label Rawkus Records in 2006 and have released a total of 6 projects to date. The duo has rocked shows all over the United States, sharing the stage with the likes of Brand Nubian, Planet Asia, Little Brother, Lupe Fiasco & J-Live. K-Murdock’s self-proclaimed “Neosonic” (new-sound) productions have taken shape over the last decade and helped K not only garner respect from a few of his contemporaries, but also collaborate with some of those same musical influences – DJ Spinna, Thes One of People Under The Stairs, DJ Nu-mark of Jurassic 5 & Nicolay of The Foreign Exchange. K’s abilities to successfully sample any & EVERYTHING has allowed him to work with a range of artists including Grammy Nominated R&B singer Raheem DeVaughn to the Capcom-licensed emcee Mega Ran, who has become best known for his releases in the hip-hop subgenera known as “nerdcore”.

K, who majored in radio production at Howard University, where he now teaches, also spent 8 years working in the field as an “audio animator” for XM Satellite Radio, where he helped craft the sonic landscapes for some of the service’s landmark hip-hop & jazz channels. K also got to produce 2 award-winning specials with the legendary music producer/composer Quincy Jones during his tenure with the company as well as the popular “In The Swing Seat” series hosted by Pulitzer Prize Winner Wynton Marsalis. While at XM, K began hosting the progressive hip-hop radio show called “Subsoniq”, which still broadcasts on a monthly basis independently and has helped expose the dope music of many “underground” artists since its’ inception in 2001!

Other notable career highlights for K include: being selected as 1 of the 60 worldwide participants for the 2005 Red Bull Music Academy, having Panacea’s 2007 album The Scenic Route be named “Album Of The Year” in the respected UK magazine Hip-Hop Connection & being repeatedly named as one of the “top producers” over the last few years on popular music sites KevinNottingham.com, Nerdcore.com & theWordisBond.com. When he’s not teaching at Howard, American and George Washington Universities, touring the globe with his band and creating production magic for DC Radio, K is a devoted husband and loving father of two beautiful daughters.