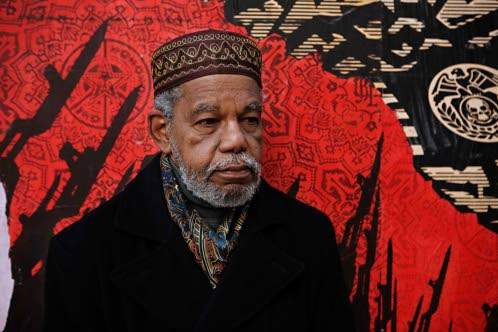 Inspired by the thought that “the Reggae format is in need of a format,” The Riff is an embrace of eclectic music styles; the footprint reggae blazed internationally.  Add to the mix a diasporic groove from Brazil to Mali and beyond, as well as the narrative of producer/presenter, Dermot Hussey, the Dean of Jamaican Radio, with more than 50 years of experience and known for his extensive knowledge of all musical genres, who keeps it all seamless.

Known as the Dean of Jamaican radio, the Kingston, Jamaica-born Dermot Hussey helped break many legends in the reggae world. You can find video footage of him on Youtube interviewing Bob Marley and Peter Tosh among others. Mr. Hussey also eulogized Peter Tosh at his funeral in Jamaica.

Hussey is co-author of Bob Marley: Reggae King of the World and producer of the Marley interview on Marley’s album Talkin’ Blues. He’s been awarded a Musgrave Medal, the prestigious Jamaican award for services to media, music, eminence in literature, science and the arts and he was inducted into the Air Jamaica Jazz & Blues Hall of Fame. On October 15, 2019 National Heroes Day, broadcaster and musicologist Dermot Hugh Hussey was among those invested with the Order of Distinction in the Rank of Officer (OD) during the presentation of National Honors and Awards at King’s House in his native Jamaica.