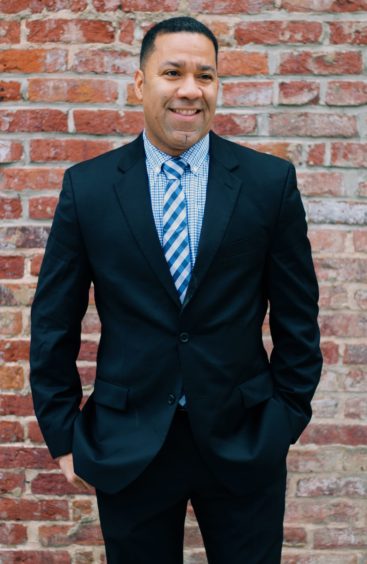 In partnership with National Public Radio (NPR) and the African-American Public Radio Consortium (AAPRC), “Catch the FLO” features contemporary jazz music, Latin grooves, urban instrumentals, southern jam bands, soulful vocalists, and more. You’ll hear classic artists who were the progenitors of smooth jazz, along with new artists on the horizon. Marcus Johnson describes “Catch the FLO” as a “lifestyle journey in great music that will feature chill, lounge, Brazilian vibes, and jazz.” The show will present a broadly defined cosmopolitan jazz mix that is more inclusive of the younger, globally connected listener’s taste in music. Johnson is a Washington, DC-based keyboardist and entrepreneur.

Marcus Johnson: “The Man Who Does Things that Make People Say He’s Crazy!”

Whether on the stage, in the classroom, in the community, or as a father, Marcus Johnson leaves a mark on those he encounters. Musician, motivational speaker, entrepreneur, and author, he is the consummate dreamer-doer. He believes that investing in the community and in one’s self is the best way to solve some of life’s most pressing questions: why are we here? What is our purpose? In answering these questions for himself, Marcus has successfully navigated the realms of music, business, education, and entrepreneurship.

Marcus spent his undergraduate years at Howard University and went on to earn his law degree and an MBA from Georgetown University. As a graduate student, he partnered with Black Entertainment Television (BET) founder Robert L. Johnson to start Marimelj Entertainment Group. This entity later became Three Keys Music, an independent record label that produced over 25 studio and live CDs from Marcus and several internationally acclaimed artists. He received an NAACP Image Award nomination for Jazz Album of the Year, and industry recognitions for several Top 10 placements on Billboard’s Contemporary Jazz chart.

Marcus is the CEO and Founder of FLO (For the Love Of…) Brands and FLO Wine, a lifestyle company that combines his passion for music with his love of good wine. FLO Wine was named to the USA Today list of “10 Best Celebrity Wine Lines.” Marcus received the Young Entrepreneur of the Year award by the U.S. Small Business Administration and is an Entrepreneur in Residence with the Greater Washington Urban League.

He teaches entrepreneurship at Howard University and has taught business-related topics at Georgetown University’s Center for Professional Development, Bowie State University, and Elmira College. His successes and failures have made him an insightful and dynamic motivational speaker and lecturer who engages audiences around the country at venues such as the Microsoft Small Business Weekly Conference, the AARP Life Reimagined Conference, U.S. Environment Protection Agency, American University, Black MBA Association, and Harvard Law School.

His motivational and inspirational life lessons caught the attention of the TED Talks series committee and to date, Marcus has presented his tools for success at TEDxNYU and TEDxECUAD.

Marcus’s first book, titled “For the Love Of…,” was published nationally in March 2017 and dives deeper into these life lessons he learned while working to make his dreams a reality. The book quickly made Amazon’s Best Seller’s List, making Marcus the “top of his game” in yet another market.