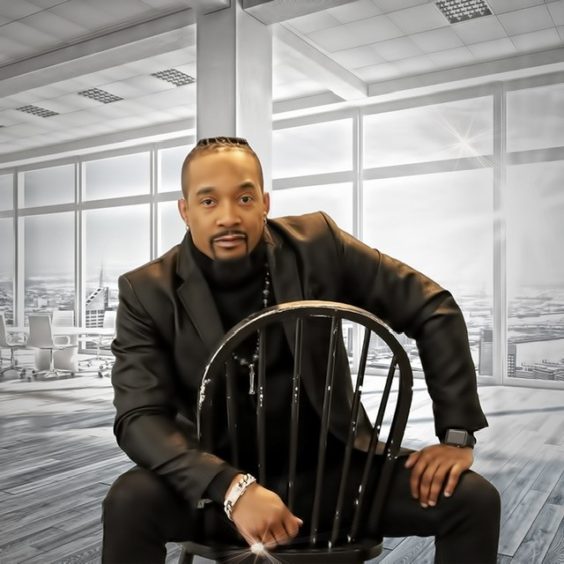 “Choppin’ It Up with Chook,” hosted by Antone’ Chooky Caldwell, is a podcast featuring local, national, and international artists “choppin'” it up it the studio with multi-instrumentalist, composer, producer and engineer Antone’ “Chooky” Caldwell. The show aims to give up-and-coming artists key insight into the entertainment industry and dissect the many challenges of being an artist in such a competitive business. He also checks in with existing artists to see where they are in their careers today.

Antone’ “Chooky” Caldwell was born to a musical family and raised in Washington, DC. He received his first musical instrument at the age of 5 when his father, Melvin Caldwell, gave him a bass guitar for Christmas. He’s not only a master of the bass guitar, but also the trombone, piano, sousaphone, lead guitar, and percussion. As one of the music industry’s most respected musicians, Chooky has worked with national artists including Heather Headley, Macy Gray, Sisqo of the group Dru Hill, Snoop Dogg, Mariah Carey, The Pussycat Dolls, Rahsaan Patterson, London-based recording artist, Ali, and Gospel recording artists Andrae’ Crouch and Shirley Caesar. Chooky’s music has been described as riveting and heartfelt while at the same time signifying deep meaning. “I never compose a song that doesn’t move me first. I have to feel it in order for the audience to feel it. I often say that the audience is eavesdropping on a conversation me and the band are having with God. My music will always reflect who I am,” says Chooky. While Chooky’s heart is open to all genres of music, he credits his grandfather and guitarist, the late Rev. Jesse O. Flood, for his gospel musical influence and for being an influential role model.