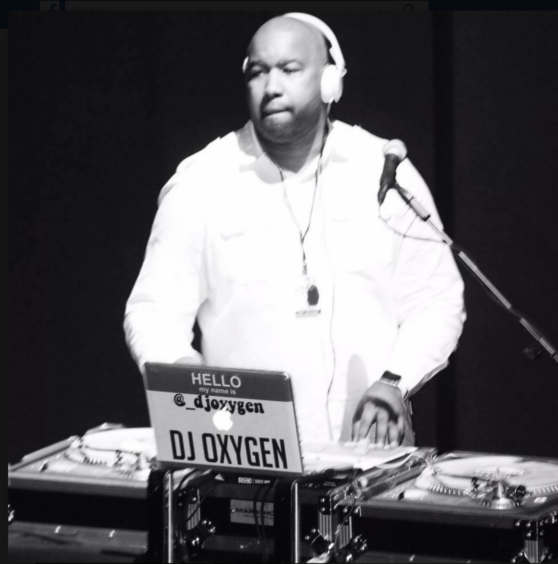 Shawn “Dj Oxygen” Dillard, hailing from Trenton, New Jersey, is a professional DJ and the founder of the country’s first accredited sound engineering and DJ academy for high school youth.

Formally trained by DJ Eric B., of the 80’s rap group Eric B. and Rakim, DJ Oxygen has been a professional DJ since 1989. Over the years, he has continued to DJ large events throughout the country, perfecting his craft. He is respected for his gift to keep crowds dancing and is a well-known party DJ. His skillful beats have landed him work with some the industry’s greats, such as the Notorious B.I.G. DJ Oxygen’s epic mixes are a documented part of hip hop history in the hit song “One More Chance.” He’s also worked throughout the years with Kid Kapri, Ludacris, Kenny Burns, Redman, and DC’s own Experience Unlimited (EU).

In 2011, Shawn saw an opportunity to give back to the community by offering some of the most problematic students an alternative to the path of dereliction on which they were traveling. He decided to share his passion for the art of mixing music with some of his students, offering DJ skills as a marketable trade that has enabled students to earn honest income, as opposed to some quick cash alternative that they were seeking. Since 2012, Shawn’s Youth DJ Academy has trained 80 youth DJs, who now serve as DJs for public sponsored events.