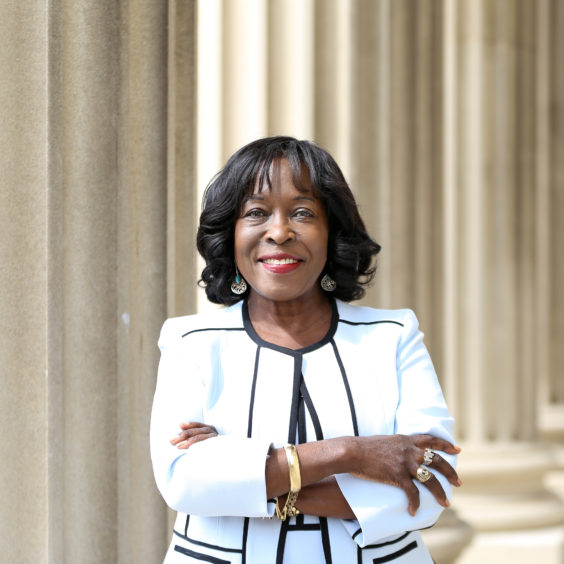 Sandra Mattavous-Frye, Director of the Office of the People’s Counsel, will tell listeners about the services and programs of the Office of the People’s Counsel for the District of Columbia, the independent DC government agency that represents the interests of electric, natural gas, water and local phone consumers. OPC Radio Connect will present information on a variety of utility and energy-related issues and how they relate to the daily living of District residents. We also will share how OPC is carrying out its mission to advocate, educate and protect DC utility consumers.

Sandra Mattavous-Frye is serving her third 4-year term as People’s Counsel for the District of Columbia. Mattavous-Frye leads the Office of the People’s Counsel (OPC) as the statutory advocate representing DC consumers of natural gas, electric, water, and local telephone services. During her more than 30-year career with OPC, Mattavous-Frye has worked to ensure ratepayers have safe, affordable and reliable utility and energy services. She believes DC consumers must have a place at the table in the regulatory process. In 2013, Attorney Mattavous-Frye received the University of the District of Columbia Advocate for Justice Award in recognition of her career in public interest law, and in 2016 she received the State Regulatory Practitioner Award from the Energy Bar Association for demonstrated professional competence in energy law throughout her career. Other awards include: DC Federation of Citizens Associations’ 2018 Outstanding Citizens Award, the Maryland-District-Delaware-Virginia Solar Energy Industries Association 2018 Government Champion Award, and the Academy of Muslim Achievement 2017 Community Service Award.

Prior to her mayoral appointment as the People’s Counsel in 2011, Ms. Mattavous-Frye served in various positions at OPC, including Deputy People’s Counsel, Director of Litigation and Energy Section Trial Supervisor. In recent years, Ms. Mattavous-Frye has led OPC-initiated proceedings and initiatives, including an investigation into the abusive marketing and solicitation practices of some third party energy suppliers, and secured a formal Public Service Commission investigation into such practices; hosted the first of its kind consumer energy symposium to connect District residents with energy and technology experts; established the first OPC Energy Efficiency and Sustainability Section to increase awareness of energy efficiency, renewable and sustainable energy options among DC consumers in all eight wards; and launched the District of Columbia’s first Value of Solar Study to assess the District’s solar capacity, and the costs and benefits of solar deployment. Ms. Mattavous-Frye has led OPC efforts to protect ratepayers in major utility proceedings, including the Pepco-Exelon merger; the powerline undergrounding initiative to address storm-related outages; investigations into Verizon’s delivery of service to District residents; and Washington Gas Light Company’s accelerated pipeline replacement plan. A graduate of Howard University and the District’s Antioch School of Law, People’s Counsel Mattavous-Frye is admitted to practice before the U.S. Supreme Court, U.S. Court of Appeals, and the DC and Maryland bars. She is a resident of Ward 5 in the District of Columbia.